Back on the Wagon

Now, despite the small setback of a few weeks ago, you might all be thinking I have been sitting here on my bottom having a jolly good sulk. tempting though self-pity has been, I have decided that onward is better than funk, so I have gotten on with a few projects.

In no particular order then, a Great War project using Emhar figures - and maybe some Revell ones if they emerge from the stash at some timely point. To date this consists of a pair of guns, a lumbering great A7V behemoth and about 40 infantry and gun crew; all Germans so far, although a number of British are waiting in the wings. as are a trio of Whippet tanks. This project has all been done in glorious 1/72 plastic which - as you will see - has been a bit of a theme with me.. This has been one of those neat little projects that has been put together purely out of the stash with nothing additional bought. 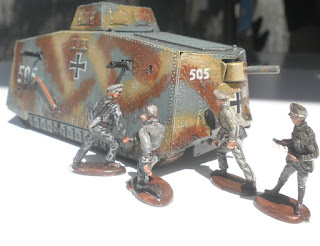 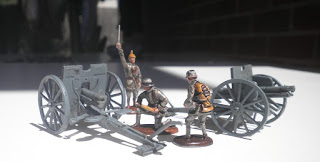 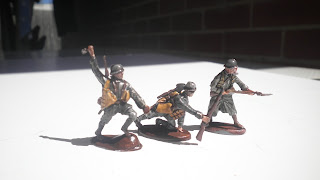 Next I have started what I think may be the creation of a fairly ambitious army of Sumerians. Sumerians? Take a look here. Anyway, I have so far got 24-figure phalanxes for Lagash and Ur each painted up with another three planned and an option on more. Two units of skirmishers have also been completed and I am contemplating the first squadron of three chariots. All by HaT. Not quite out of the stash, but by heaven they are long daydreamed of. 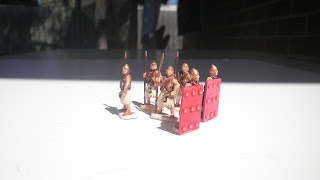 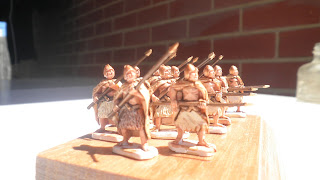 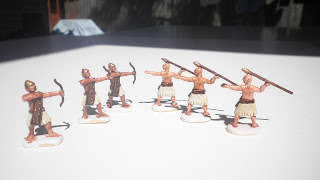 As of today, though, I have been working on my Littler Briton's project which longer readers of this blog will doubtless remember. Having been spurred on by the rediscovery of some forgotten part-painted figures I have gotten on and painted a dozen British infantry and a few Gurkha's. My intention is to use them for some gridded war games per Bob Corderey's rules and as demonstrated so ably by Ross MacFarlane. As well as this, I wish to use them for some Wellsian games both on the floor and in the garden using some rules written up by Stuart Asquith by way of Donald Featherstone. Enough name dropping, eh? Just get on with it. Nearly there. Just need a few more cavalry. 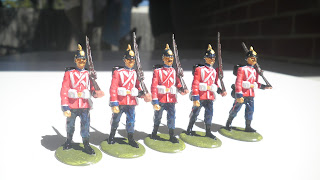 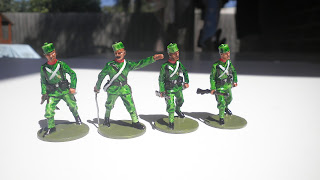 I understand that without pictures this is all just words, so I'll try to take a few photos and post them up here soon.
And lastly, to return to where I began, yesterday the postman delivered two bags of RSM castings from the US which will in the fullness of time become the ersatz IR5 and II/IR6. I set the grenadiers up  on the kitchen table and they look pretty damn good to me.
Posted by Bloggerator at 11:05 AM 6 comments: Links to this post