I recall reading that numbers of Zulu girls would follow the army out for a day or two providing some logistical support until their food ran out then they'd make for the old home kraal.

Willie figures, of course, the breasts are unmistakeable.
Posted by Bloggerator at 6:30 AM 3 comments:

I painted a small pile of Raventhorpe early war French, this week as I waited on my next batch of Hinchcliffe ECW cavalry to arrive in the post. I'm looking to put together a few units for the old Rapid Fire! "Safi" scenario eventually.

This is not a big job, as the scenario pits a couple of battalions of French with a company of light tanks, a battery and a little air support against an American landing force with a few light tanks, a large battalion of infantry, a couple of jeeps and lots of heavy naval bombardment. Say 120-140 figures in all.

RF! is 20 years old this year and what better way to celebrate?
As you can see, the Raventhorpes are an older style of figure, but certainly none the worse for it.
I've painted them using a wash-and-line technique, doubtless familiar to the Gilder fans out there. Personally speaking, I've always liked those figures Richard Marsh painted for the original RF! book and they've always been an inspiration.
The Laffly-White armoured car was knocked together in about two hours' worth of painting session time. this is a great product from the Ready-to-Roll range of vehicles. I regularly comb through this particular catalogue. You never know. I'm eyeing off their French hal-track trucks, although Frontline Wargamings are cheaper and also look the business. As do their Renault R-35s...
One of the best things about the Raventhorpe range are the multiple head options. Expect to see these figures again some time with fezzes on as Moroccan Tirailleurs.
Posted by Bloggerator at 7:46 PM 3 comments: 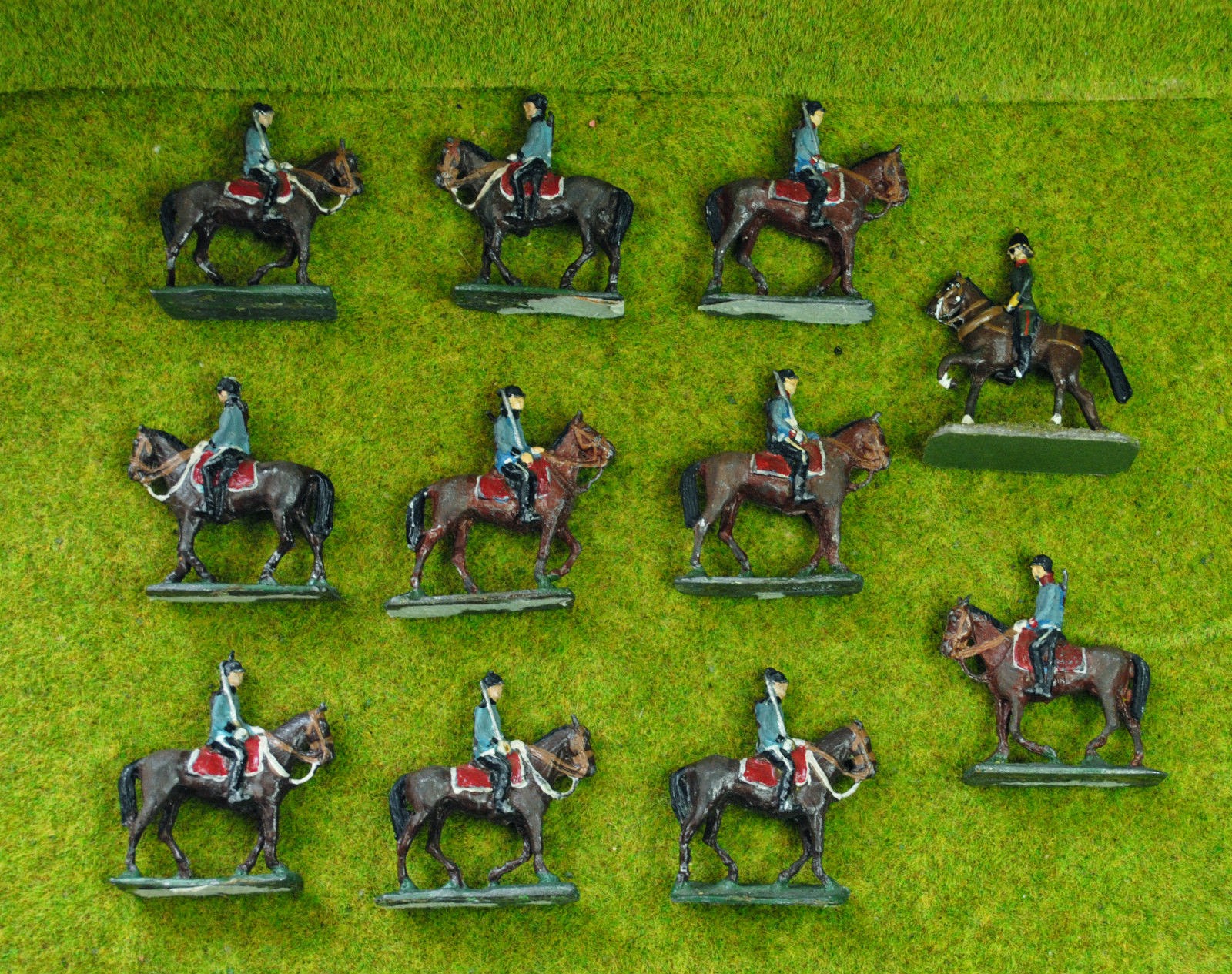 I recently won an eBay auction a week or two back, the fruits of which arrived yesterday.

If I am not mistaken, they are sculpted by the incomparable Holger Ericsson. The thickness of the bases suggests SAE to me, as do the paint-jobs.

The subject matter is another thing altogether.

Up until now, I had thought SAE had produced ACW, AWI and WW2 toy soldiers only. These look to me very much like FPW Prussian dragoons. Equally interestingly, the mounted figure in dark blue seems to be riding a limber horse and quite frankly, his helmet speaks to me of the British army of the last quarter of the 19th Century.

Was there an SAE Franco-Prussian War Range at some time? One day will I turn up a forgotten SAE gun and team?

Stand fast! They're more scared of your pikes than you are of them! In hommage to Mr Gilder, I'm preparing my own King's Lifeguard of Horse. 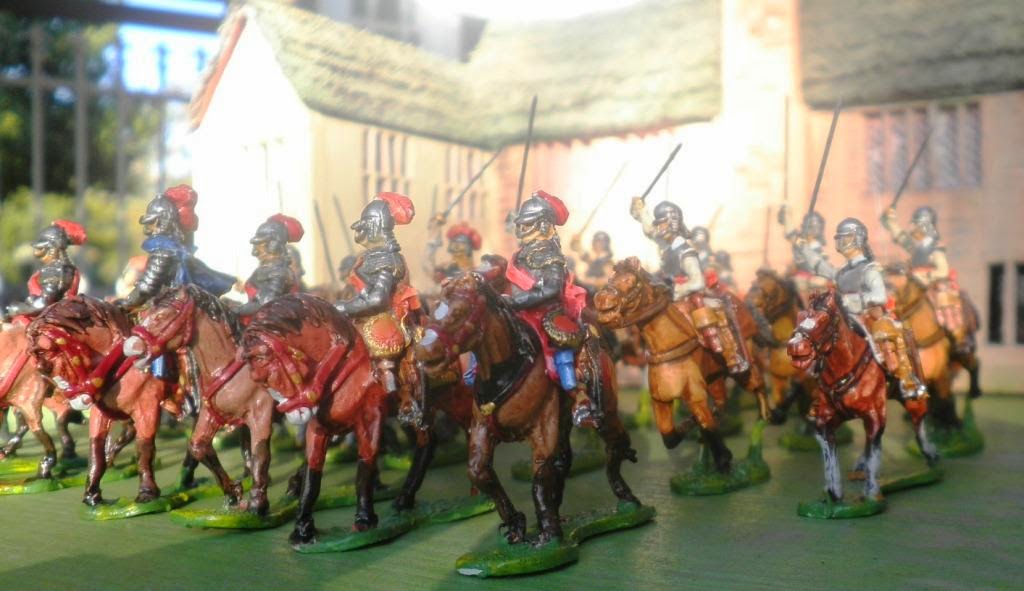 The Cuirassiers thunder pasw, trailed by their lesser bretheren. 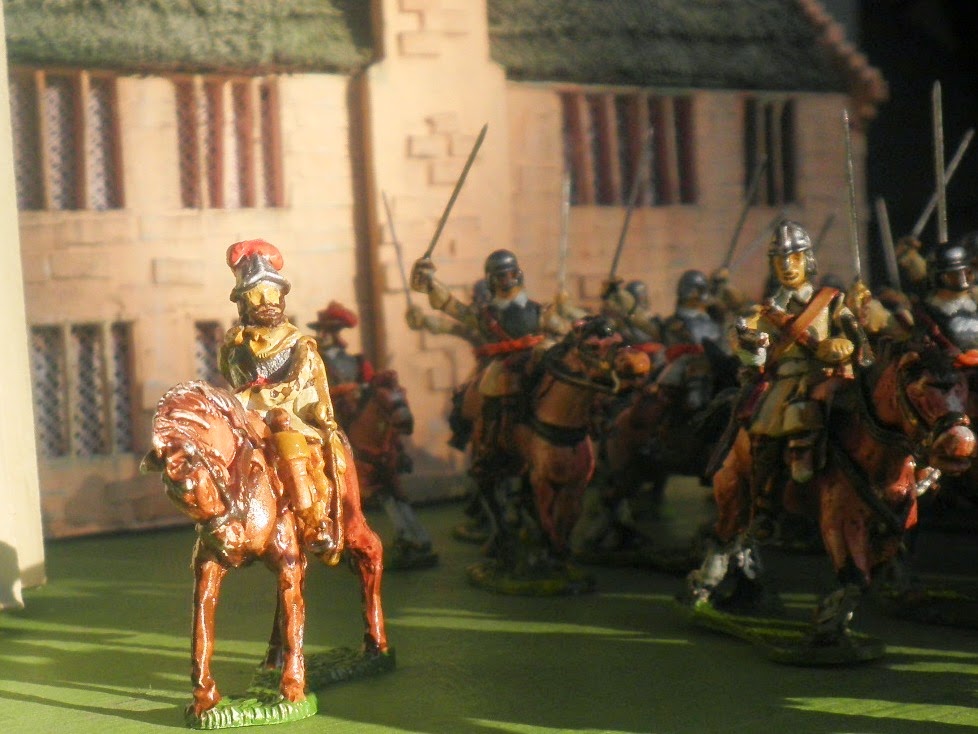 Colonel Pook? perhaps. He's a Hinchcliffe one-piece casting. I rather like one-piece cavalry. Quite easy to deal with. Now I think of it, I really ought to do a Peter Young tribute figure. Is that an assasin levelling his piece at the Colonel? 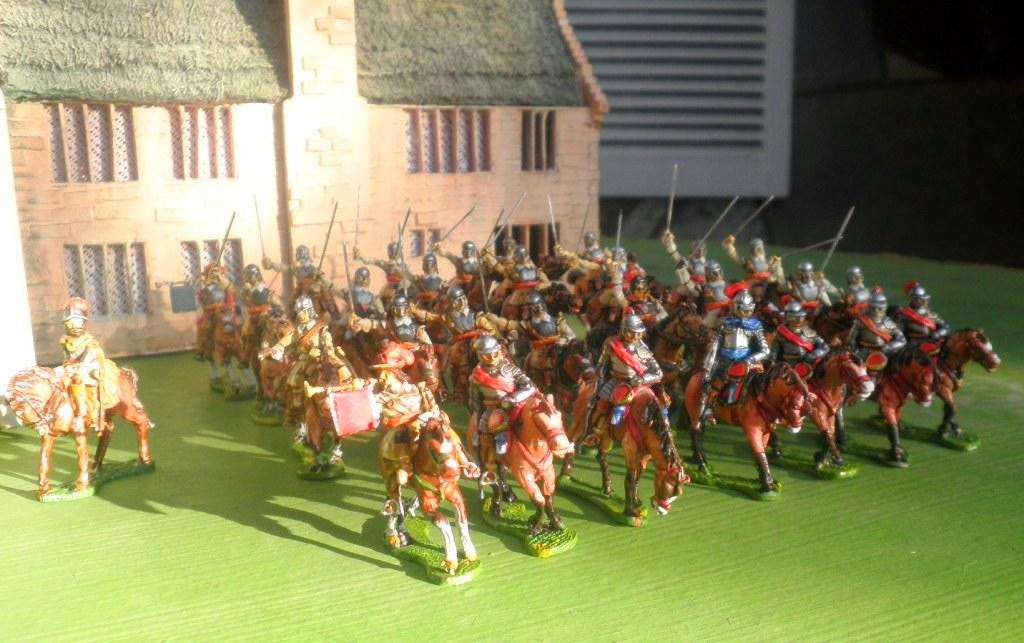 The horde. 29 figures. MAny pin-swords and minor bits of animation in the form of head-twists and arm-bends. This is a fairly ticklish business with the hard white metal used in the casting, but I am relieved to report that I've not yet had any breakages. I have another few in the stash which I'll get sorted out before I make another order to Hinds'.
Posted by Bloggerator at 4:51 PM 6 comments: