In which your auditor has nothing else to do...

It was a quiet long weekend after the Christmas Hols.

The brigadier was off in France, collecting the latest from Mlle Desfontaines. I believe it was a Rupert build all of lead sheet and multiple solderings. The poor woman wore glasses like coke bottle bottoms, I swear.

Father was in on some campaign with Tony, one of his other friends. He and Phil and Mr F. and doubtless others were all in together. I believe he was concocting some scheme whereby Dendermonde might at last be beseiged. A sudden descent from the Alligator Swamp, doubtless.

Mother was knitting a new tablecloth and planning some watercress and orangeade sandwiches for lunch whilst flicking through "Royalist" magazine.

So I got on with some painting. 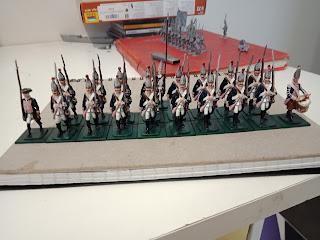 Another sixpence from the Brig, no doubt. Soon enough I might be able to buy some toy soldiers of my  own! I drank up my port, licked my brush to a fine point and cracked on.
Posted by Bloggerator at 11:15 AM 2 comments:

A Prussian Mania or Odd Doings in the Night 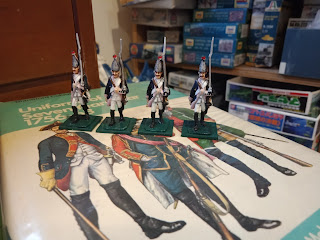 It had been rather a wargaming bender, with The Brigadier staying over in the guest room when the game had gone on rather too long. Many tense moments were had over Father's painstakingly created Willie tertios as we re-fought the battle of Edge Hill.

Ye Gods, how it went. Rupert Charging! back and forth with Boye at his heels, faulconets flaming and dour roundheads taking to their heels as gay cavaliers shewed 'em what is what, what! And how the Brigadier held forth! For it was true he had written the book on the Royalists, on the army and on the jolly battle.

Sadly, though all was not well for the King and Father and I were pressing the Royalists sorely at the end of play for the day. We had a mighty fine plan for how we'd settle them on the morn.

Mother had retired early to get cracking on her knitting as I needed a new pullover for Fourth Form. However, this was not before she laid out a rather smashing spread of lamb-chops and well-boiled sprouts de Bruxelles! With bread and butter, too! 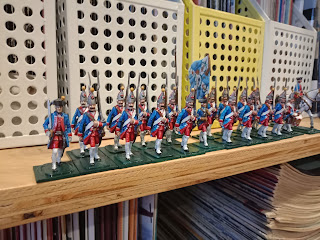 Father had retired to the kitchen to use Mother's gas ring and an old saucepan to melt some roofing lead in order to cast some figures in his plaster moulds. Every now and then there would be a terrific crack as one of them blew into shards!

Homework done, I fell into an uneasy slumber.

I was awakened at 2 in the morning by a heavy foot on the stair. "Wha..?" I muttered groggily, a Blue Peter badge adhering to my forehead. I wasn't quite used to the Brigadiers diet of cigars and VAT 69 Whiskey yet and so could be forgiven a touch of fogginess. 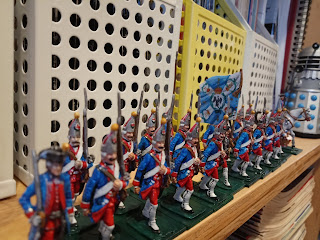 "Who?" A portly figure passed my door. It paused for a moment as though the not-very stealthy somnambulist were pausing to asses my wakefulness. Then the footfalls moved on in the direction of the war-gaming room. I slumbered on in a haze of Whiskey fumes. 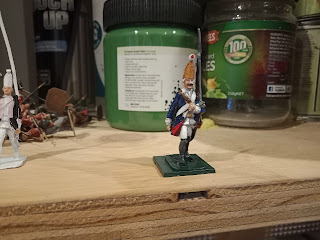 The next morning saw myself and Father green-gilled over bacon and eggs. The Brigadier ate heartily, accepting seconds from Mother before we all trooped off to the Wargaming Room.

The situation on the green baize of the table top had been revised from my recollection and, although Father and I battled valiantly, there was little that could be done to retrieve the situation. Oh how we eyed the inscrutable Brigadier. Oh, how bland was his returned gaze.

The Brigadier slipped me a sixpence and I handed over the first company of the Erbprinz regiment plus a few samples. "Well done my boy! Do that all yourself? Bully for you!" He tossed back a port for the road, leapt nimbly into his MGB and erupted down the lane toward Dover town with a terrific roar of laughter and a showered spatter of gravel.

Posted by Bloggerator at 4:20 PM 5 comments: