That's the plan, at least.
These landing craft are on the one hand cheap, and on the other a bit rough and require a bit of sanding and filling to bring them up to a decent standard before painting them. Recommended on the whole. 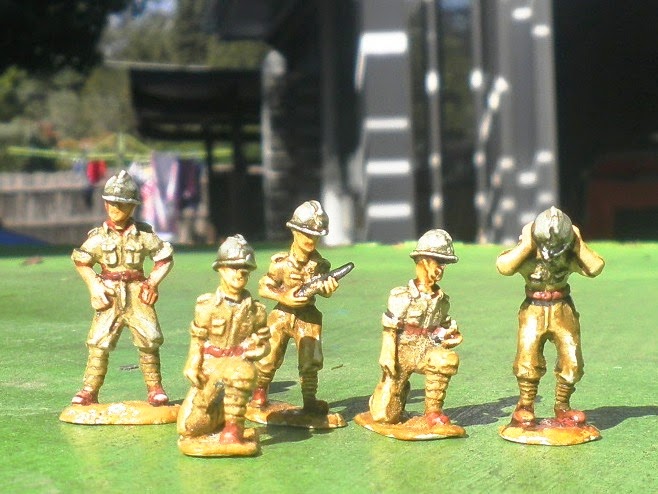 Gunners. More are in preparation; I am waiting on more Raventhorpe heads to arrive here. 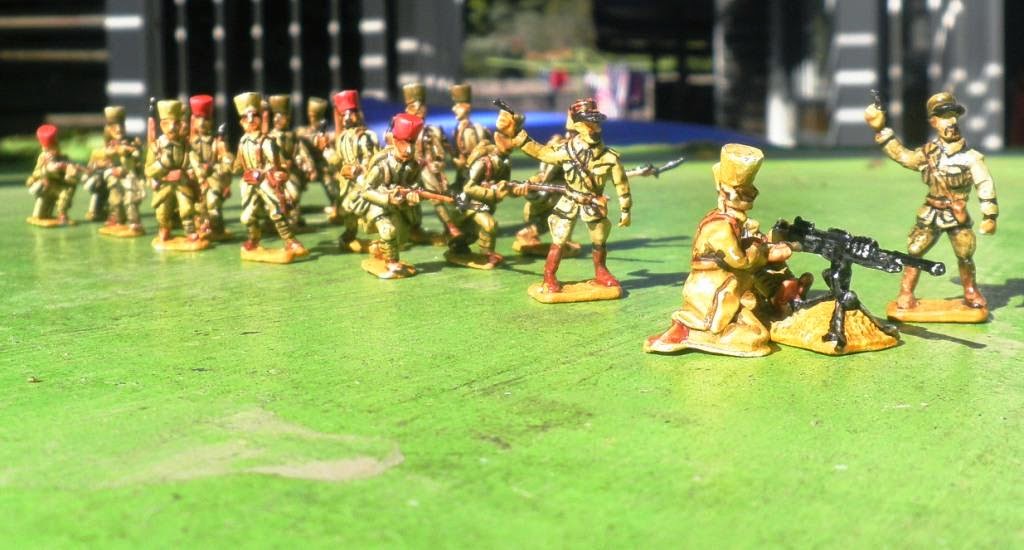 About two-thirds of a battalion of Tirailleurs du Maroc. I need another ten and the batallion staff. Getting there quite quickly. The twenty figures here took only a week to plough through. 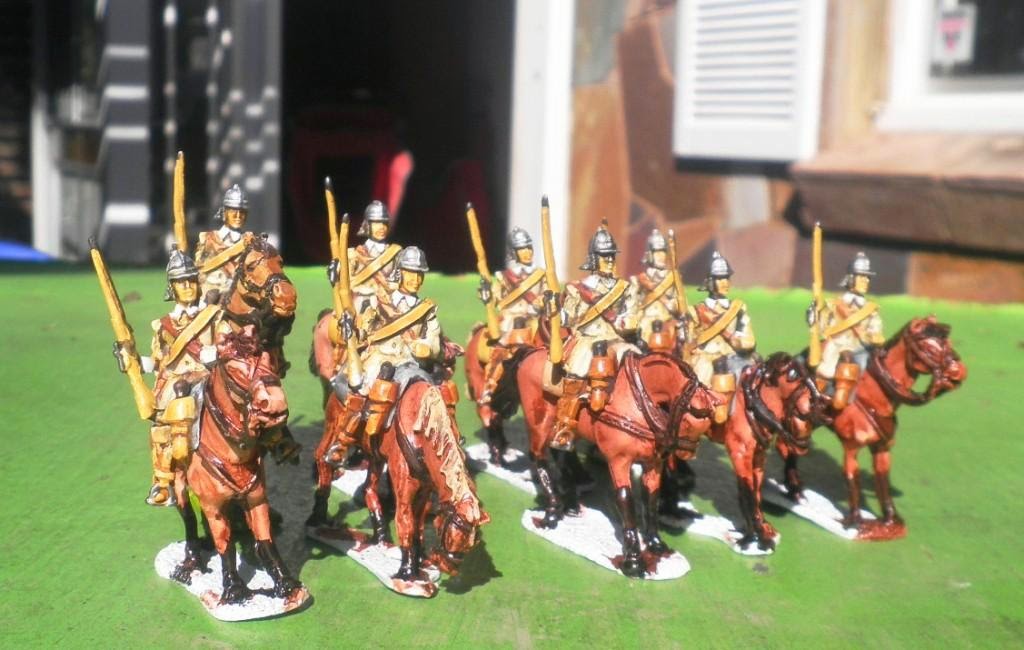 And of course, Pook's carbineers. I will be starting to prep up another ten light cavalry as my next batch for painting. 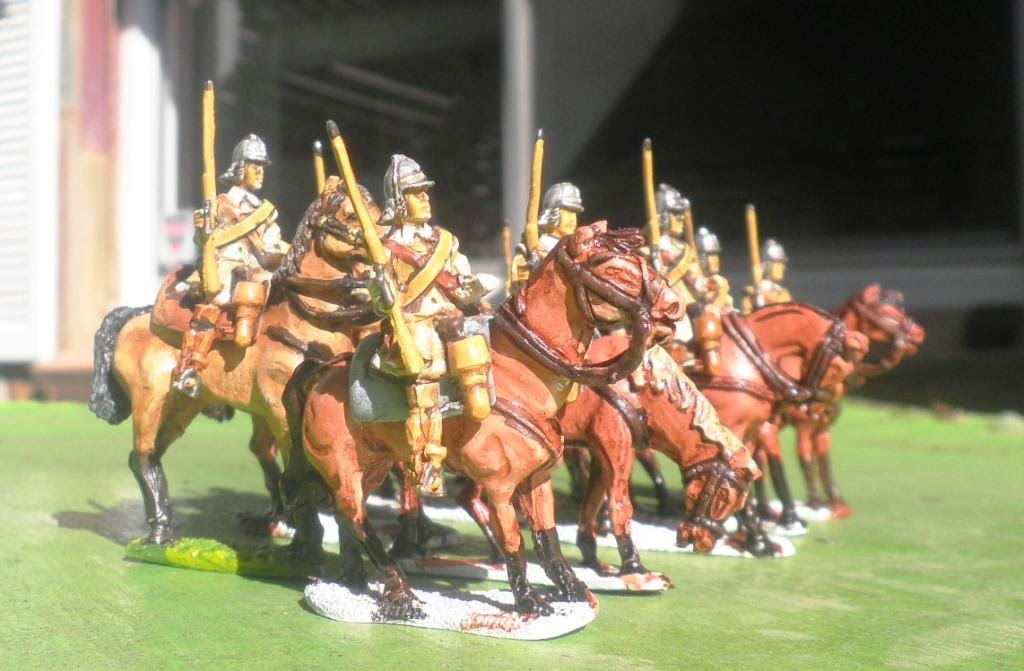 Posted by Bloggerator at 3:01 PM 2 comments:

No pics yet, but the following WiPs are that close to being done.

* For the Safi/Torch project, the "Bernacole" and a handful of crewmen. Does anyone make 20mm US sailors in dixie-cup hats? I needs a few. The superstructure on the Bernacole needs doing and am waiting for a few bits to make the forward gun platform to arrive.
* Ditto for the Safi project, some Vichy artillerymen and the first of my Moroccan Tirailleurs.
*Another nine ECW Cavalry. Carabiniers, or light cavalry, I suppose. Butt of weapon braced on the thigh. Fairly quiet horses, which is a relief. They've been a while in the painting, but came together in a rush at the end as the lining-in was done. Really just need gluing to their horses to be done.

On the Hinchcliffe ECW cavalry, I am rapidly becoming a Gilder fan-boy. So much is revealed as you go on painting the castings; yet the "so much" is just enough. One might say so much and no more. Or even  - an elegant sufficiency. The castings are perfect and respond so well to acrylic washes on a white undercoat.
I like them more and more.
Posted by Bloggerator at 10:31 PM 4 comments: