The past six weeks or so has seen me go off on a lengthy terrain-building project.

It all came about when we decided we would put on a Rorke's Drift game next year and I realised I had no really suitable terrain for it.

Casting my net wide I found a good article on the Matakishi's Tea House website (warning, it has so many good ideas that you are almost certain to be pulled off onto one hobby tangent or another) where he described in detail how he made a durable terrain tile system from cork flooring tiles.

I went to the local hardware store and bought a small stock of tiles and got to work with PVA to laminate them together in pairs to produce the basic tiles. 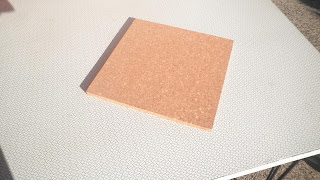 More pictures of them can be found in recent posts on the Fugitives' Drift game. In their basic form they looked pretty good and would make decent arid terrain, but pictures from the area around Rourke's Drift show quite a verdant scene. 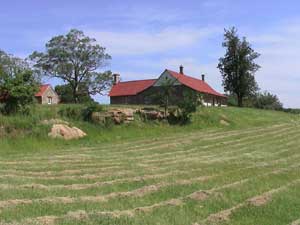 Besides, I wanted the tiles to be useful for my Seven Years' War games and to work with the drop-on Built Up Areas that I put together last April.

Ebay has many vendors of cheap paper-backed grass matting so off I went and bought a few 50 x 50 cm sheets. Each of these serves to dress two tiles - one whole one and a few partials that I can fit to the leftover areas of the sheet. So, again it's out with the watered down PVA and the four-inch brush. Once glued on they get weighted down overnight between a  couple of doors (the "Terrain press"!) then cut and trimmed next morning. 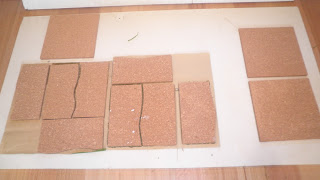 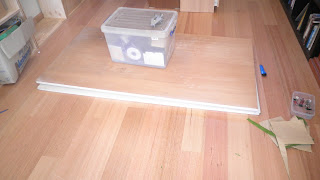 It's early days so far, but from what I can see, this is a good-looking and remarkably flexible system.

Posted by Bloggerator at 7:10 AM 3 comments: 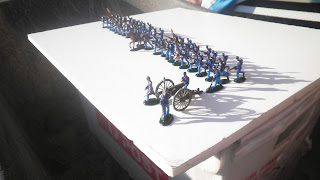 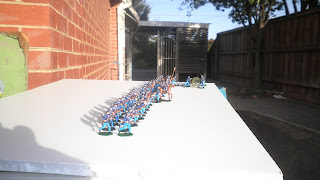 This might carry me through the next couple of years, I think.
Posted by Bloggerator at 8:18 AM 4 comments: