I bought these more or less on a whim about five years ago and they've languished on the lead-pile ever since. However, a friend and i have decided to do a game at Little Wars this May and we've decided on a disguised scenario based on the Israel-Hizbullah war of 2006, so these miniatures seemed appropriate. 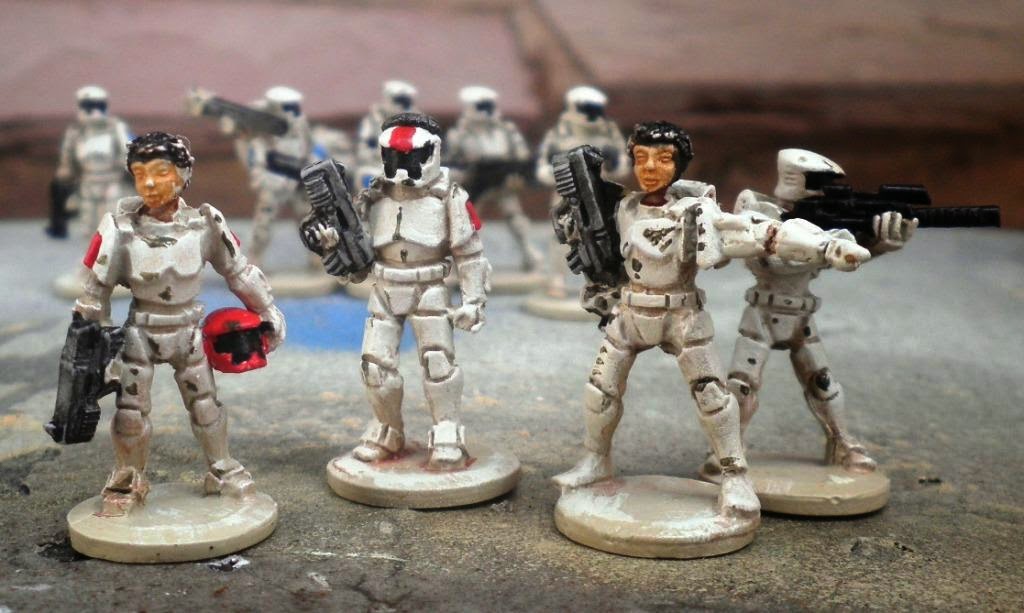 I've gone for an Imperial Stormtrooper crossed with Gundam look for these. 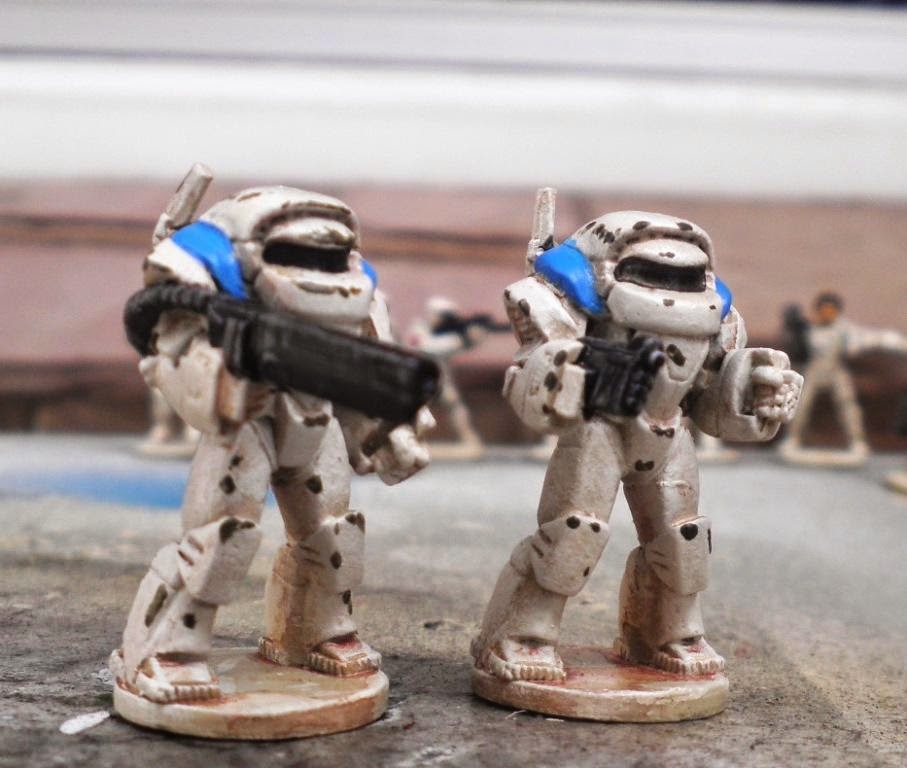 I treated painting all the armour like I was doing AFV models with washes, dry-brushing and chipping. A dozen down, nine on the blocks and another eight to paint after that.

Then it'll be a score or so of the Denizen Mid-Tech Marines I likewise bought a small eternity ago, with lots of man-portable AT missiles..

UPDATE: Just finished painting the next few of the batch:

Posted by Bloggerator at 7:39 AM No comments: