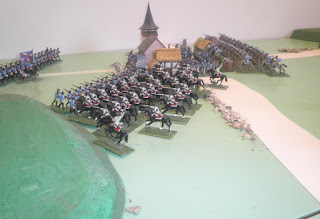 A few shots of the climax of the raid on Fickmuhlen. 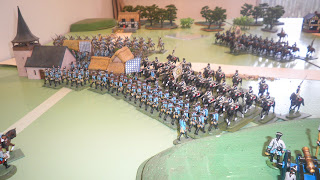 Much happiness here with regards to the look of the thing. 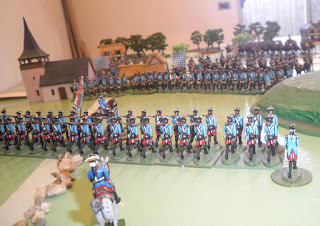 von Browne's Foot in reserve under the watchful eye of the general himself. 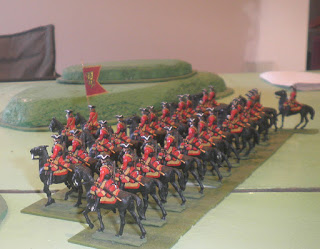 The Dragoons, awaiting their role as spoilers. 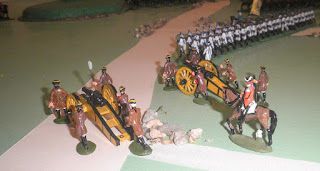 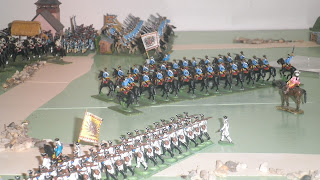 Many, many thanks to Ross and Stokes for helping make this battle possible. Happy New Year to us all.
Posted by Bloggerator at 6:18 AM 7 comments:


For some time I have been rather curious as to what went on in Alzheim in that period between the wars.
And I'll admit, rather inspired by this.
At the same time too I have accumulated a reasonably-sized force of Slovak troops along with a few Hungarians and Romanians, all from the Raventhorpe  ranges and whom I have been looking to put to wider employment than they currently have been.
I also have a liking for the old KP kits of 1/72 aircraft, especially those of the interwar Czechosloval air force.
So I think we can see where this might be leading. I’m imagining a small conflict between Alzheim and another party in about  1930. The issue would be over the possession of a small stretch of the border country in order that some group of lost brothers and sisters be reunited with their brethren across the border as they had been since time immemorial. This was I believe the fashion of the time.
I’d probably use the Rapid Fire rule set.
I regard this as an opportunity to build up a few kits in the stash and have a little Tintinesque fun.

UPDATE: I was poking about last night and found the following pictures.