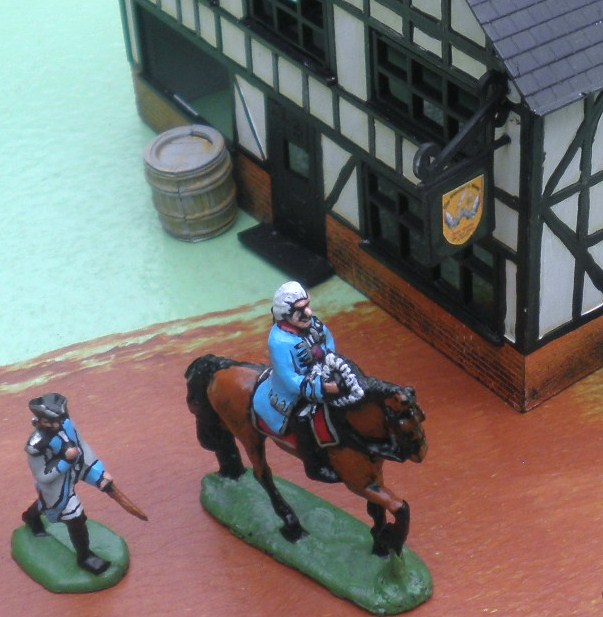 I had a thought to take a leaf from Der Alte Fritz's book and conduct a grand review of the Spencer Smith Project. Maximilian von Browne, first General of Alzheim is conducting the review from the comfort of the Elector's Arms, a very fine Inn. In a rarae spirit of amicability, the Empire is also taking part, doubtless to spy on our dear old Alzheims preparedness. Truly the imperials are as vile as any Stagonian.

The Estaerhazy Hussars thunder past. Long in the Imperial service, they are well overdue to have their basing brought up to a more modern standard. 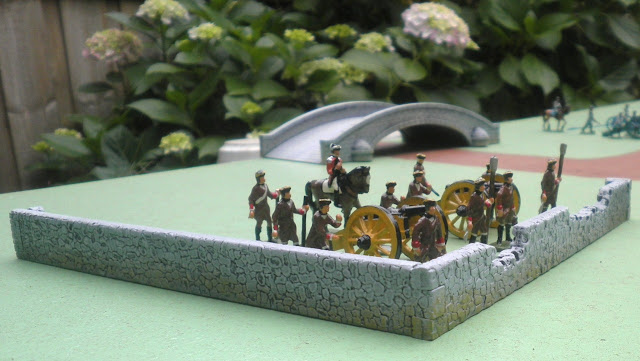 The Imperial Artillery. I note their mounted officer is out of uniform!

The imperial Infantry. De los Rios in the foreground, Insbruchen behind, and the Swiss to the rear. remember the French saying "Pas de argent, pas de Suisse!" 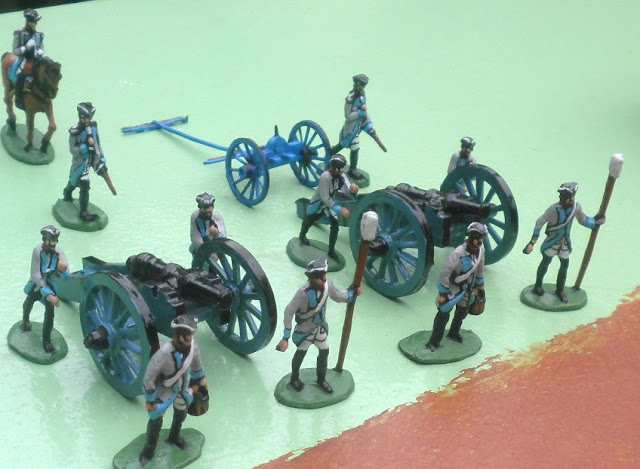 Alzheims brave artillery. Time to start on teams for the guns. 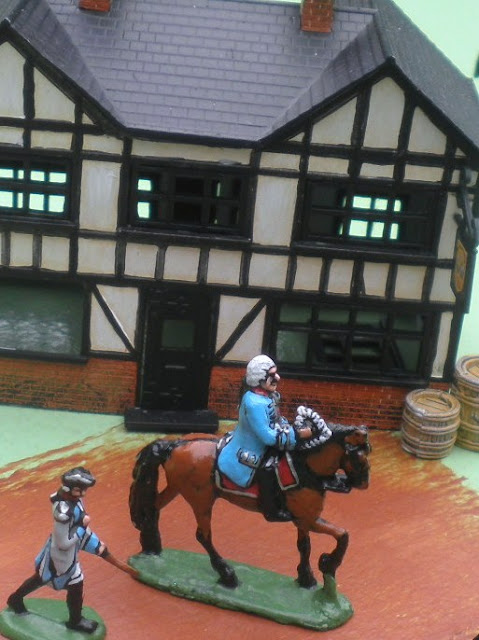 Von Browne agrees. As he ought!

von Prittwitz' regiment. Perfection if I do say so. One of my favouurites.

Alzheimer infantry. The LeibGrenadier Garde, behind them are the LeibRegiment and then de la Rosee. The latter are short 17 Privates, their Colonel (who must be awol with his mistress) and their fahnenjunker. Oh! The shame!

The dread Black Genadiers? No, they just need new coats. 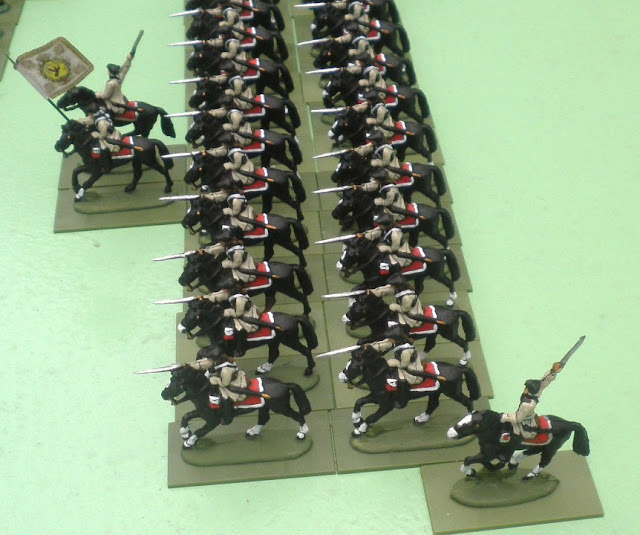 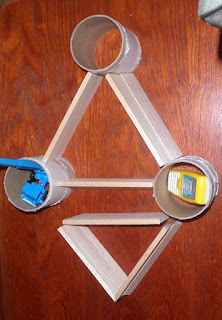 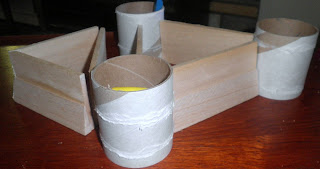 You may or may not recall an earlier post on the military geography of Alzheim, but in I made reference to some old, second-class fortifications. On of the images was that of the fortress at Finke, although it just as easily could have been of that at Günzberg.

Obviously this is based on the fortress at Sarzanello.

My rationale is that it's an old renaissance fortress built when the Electors of Alzheim were mercenary princes hiring out their landsknechts to all comers and battling with their neighbours.
Posted by Bloggerator at 10:37 AM 2 comments:

I've spent the last ten days or so painting the "de los Rios" Regiment. I finished off the Colonel's horse this morning, and so thought it was worthy of a couple of quick shots. I'm using quite a different style of painting than with the Alzheimers standard black undercoat, I decided to spray on a white base-coat/undercoat before lining each figure in black, then colouring in!

Posted by Bloggerator at 6:45 AM 5 comments:

I’ve started to put together Alzheim’s enemy, The Empire.

Obviously, they are going to be based on the Austro-Hungarian Empire. I’m setting the date at about 1739-40. The Emperor is dying and the jackals are gathering…

I have a few units in place already; a Swiss Regiment in red coats, the ”Innsbruchen” Regiment in white with blue facings and the Esterhazy Hussars. I have started work on another white-coated regiment – the green-faced “los Rios” Regiment and will be working on another blue-faced Regiment after that.

After that, well, I’m not too sure as I don’t really have a finalised order of battle yet. I do have some Slavonian Pandours and half a Regiment of Hungarians on order from Spencer Smith. I know I’ll be building another two regiments of Hussars.

As promised, I got out the Comardo Dragoons and the camera this evening and, as the thunderstorms crackled away above, got busy snapping away.
In the Alzheim Cavalry, the senior NCO carries the unit's colours. His distinctive mark is metallic lace on his hat and shabraque.
Ow, on closer examination, I could have been a little more thorough with shaving this chap's flash down! 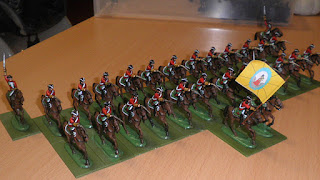 The Regiment sweeps forward in line. On the table, this unit has a huge footprint. 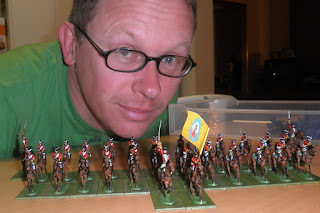 The proud parent!
Posted by Bloggerator at 9:22 PM 11 comments:

I finished the final half-dozen troopers of the Comardo Dragoons this morning as I was getting myself and my little daughter Erin (2 and a half) ready for work and creche respectively. I am fortunate Erin creches at my place of work as will her little brother Sam (one year old on the 25th) next term.

What with packing bags, eating breakfast and an unusual trip to the naughty spot, there was no time for affixing the unit flag nor for any photography, so you'll all have to wait on this evening.

In the meantime, it's been quite good fun doing the repaint on this unit. To digress a little, when I received this extravagant donation of cavalry to the "Spencer Smith project" I was a little uncertain as to how to integrate the different units. I felt dreadful at the idea of pressing them into my service without honouring their already impressive heritage and so I've opted to repaint them in their original uniforms (OK, with some minor changes) and re-flag them with colours that acknowlege that which went before - the original colours will hang in the Alzheim and Imperial Armouries.

Thus it is that the Comardo Dragoons will retain their original red coats and green facings and their white lace. In the ongoing Alzheimer "tradition" they will get white small-clothes. Their saddle-cloths have changed from the original pale blue to green in harmony with their uniform distinctions.

One of the common troopers has had his sword cut away to allow him to grasp a flagstaff (see the coloured pics in the front papers of "The Wargame Companion" and you'll see what I mean) while the now flagless officer had been equipped with a deadly pin-sword.

Now I've said all this, I really feel like I ought to have done some before-and-after shots!
Posted by Bloggerator at 8:42 AM 1 comment:

Four Regiments strong, this corps are all dressed in red coats. The Comorado Regiment sports green facings, the Marchmont Regiment yellow-buff, the Speyer Regiment canary yellow and a fourth - yet un-named - will wear bright blue.

In the ongoing "tradition" of Alzheim units, their small-clothes are white.

I've got more cavalry for sale on eBay as well: