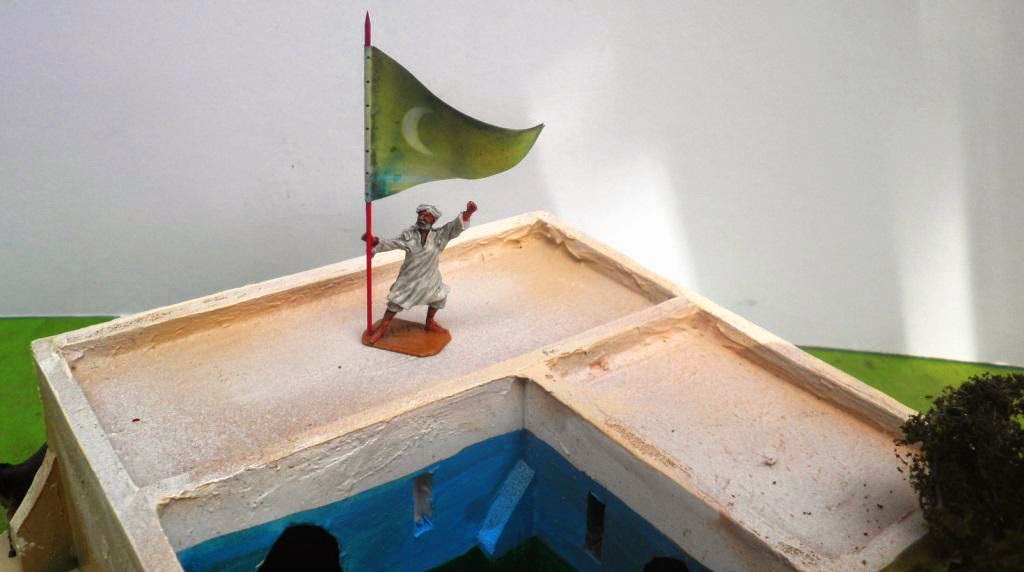 There you go Ross. Just for you. 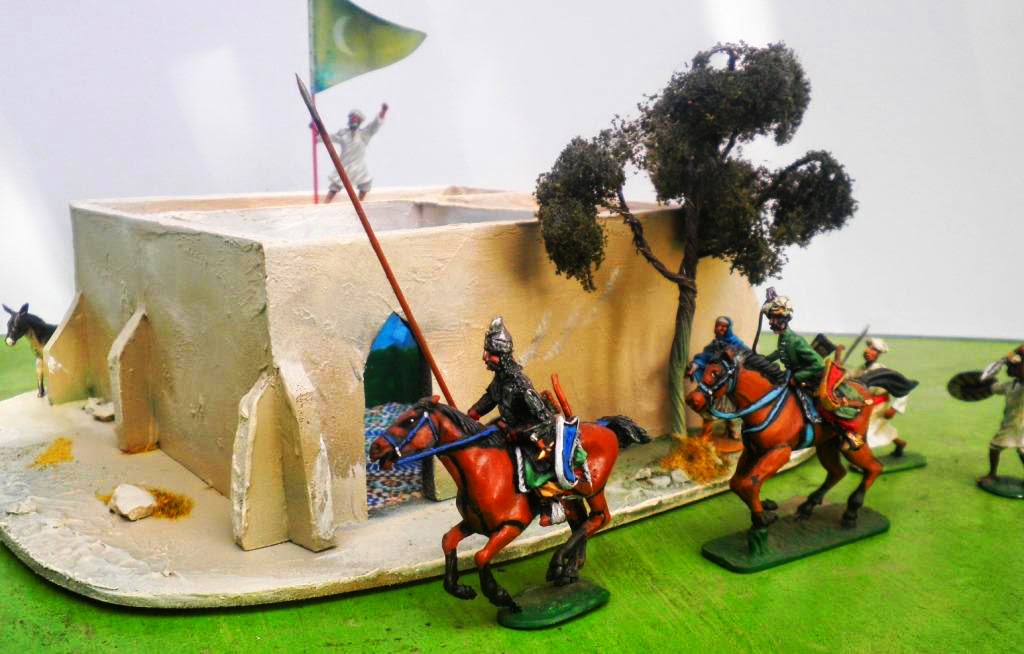 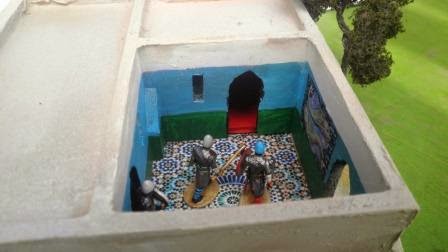 Based on descriptions in Prawer and Runciman is this Palestinian house. Equally to be seen in the town as an bourgeois or even noble house or as a small manor in the countryside, each presented a fairly bland exterior with the main buildings being arranged around a central court-yard. The tiled floor is an image I found on the internet, printed off and glued to the MDF base with PVA. 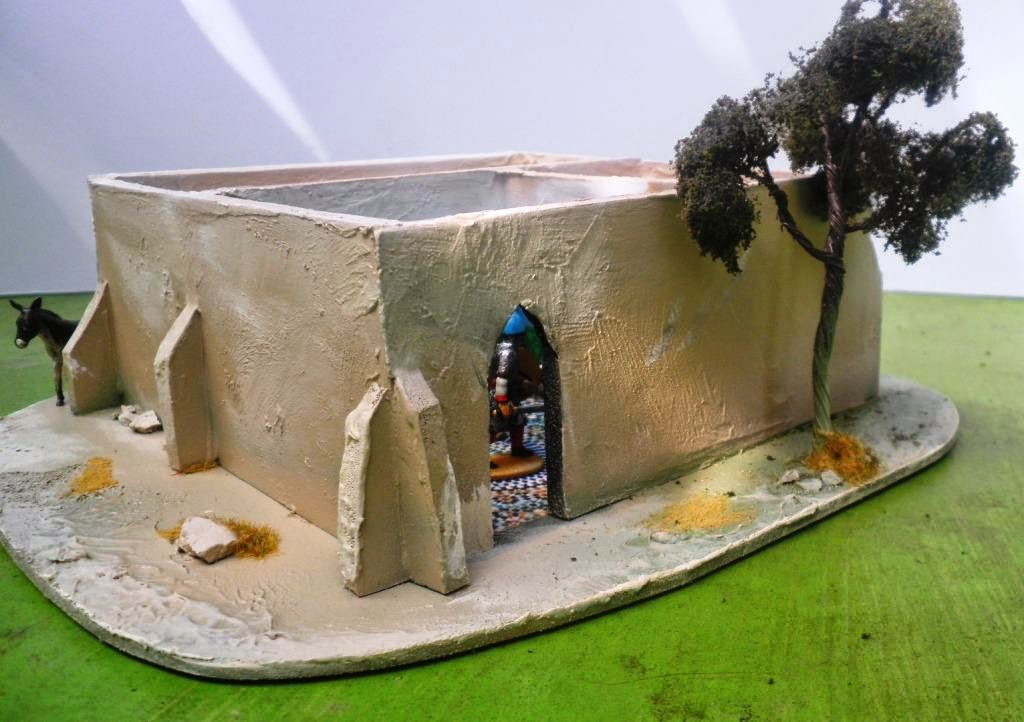 The walls are of foam-core board, the cut edges sealed with filler to stop them from melting when being painted! The tree is from one of those ebay shops punching out great quantities of good quality product in China. 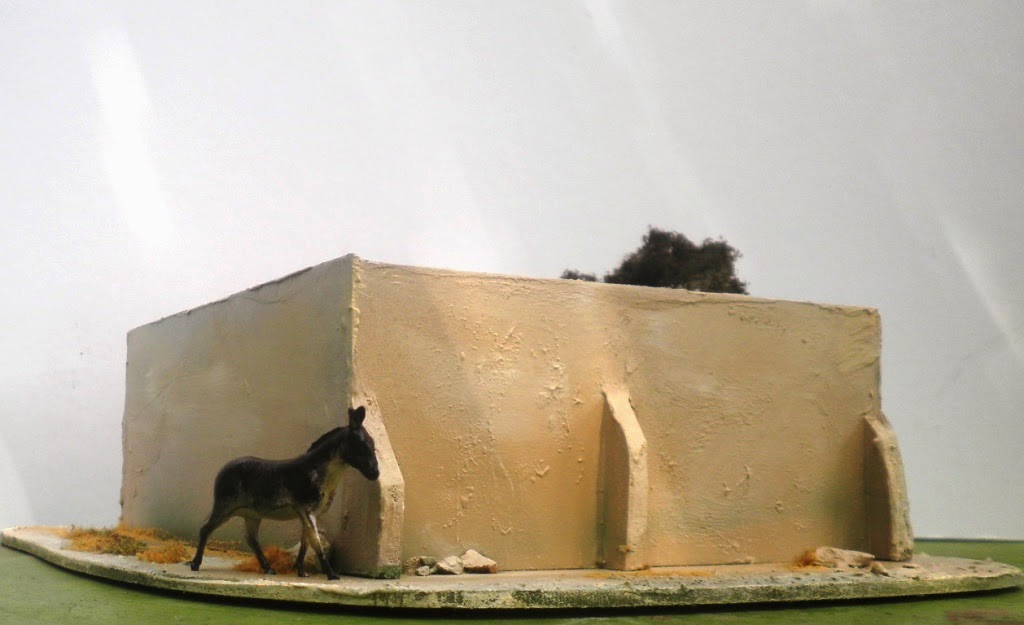 Mr Donkey is a 1:48th farm figure from Pegasus. 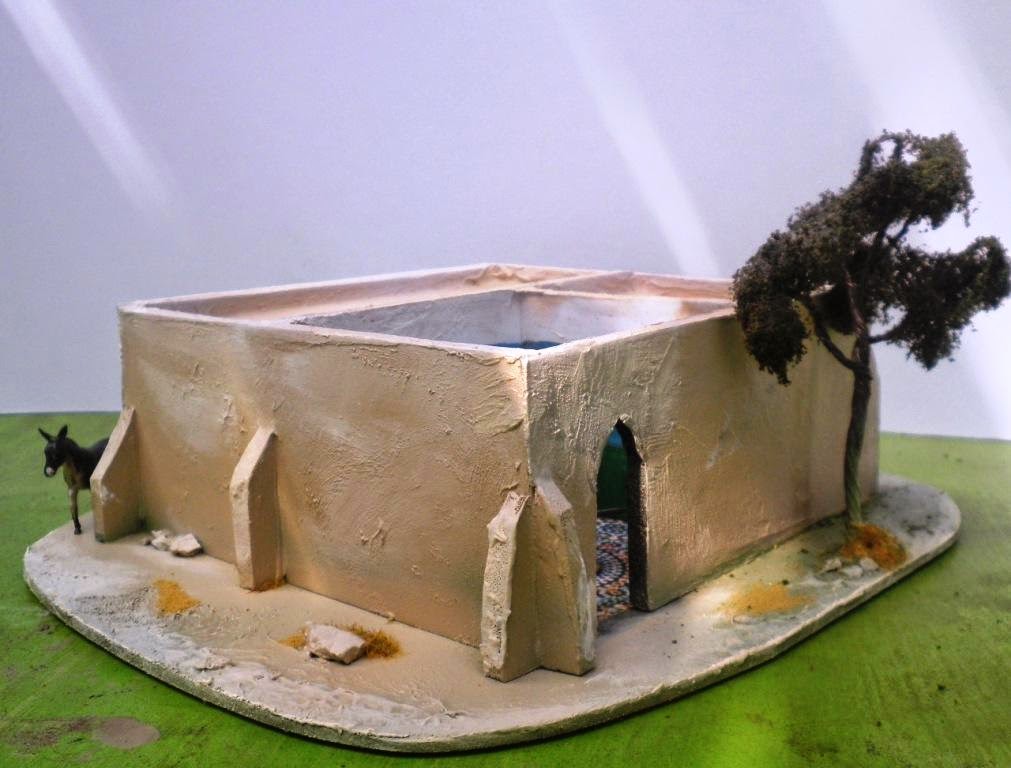 The whole package. The little butresses were added from odd offcuts of foam-core to add a little interest to the rather bland exterior walls. The exterior was painted with cans of variously coloured spay-paint with a little selective dry-brushing toward the end of the job.
Posted by Bloggerator at 11:01 AM 5 comments:

Campaigning Season in the Holy Land

I don't know if I'm being a bore with this one, however: 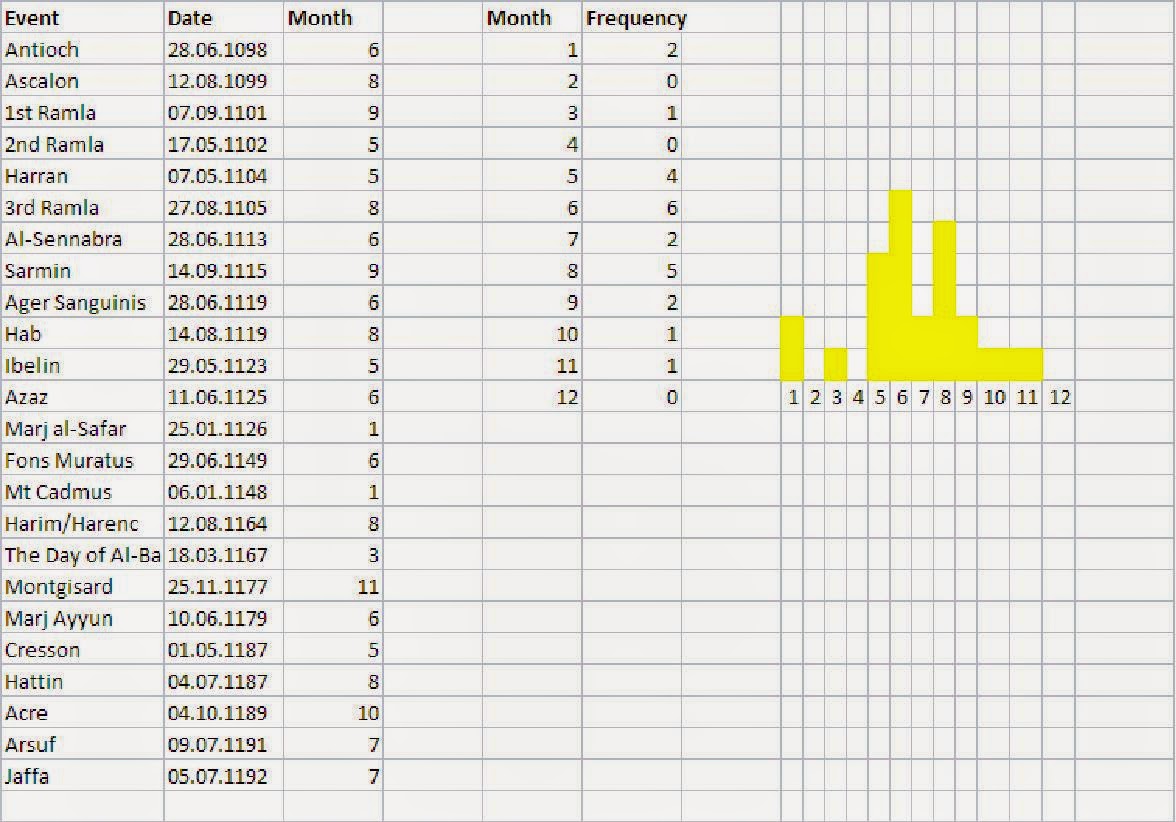 I was a bit bored this week, so I took it in my head to plot the dates of a selection of Crusader battles in palestine in the 11th-12th Century.

I wanted to know if the dates would yield something like a "campaign season", just for laughs.

So, after putting in all the dates, I went fora simple chart showing frequency of battle event by month. Interesting. Then, just to show off, I dropped the frequency information into a bar graph and the results pretty well speak for themselves.

The campaign season for Palestine in the period of "The Kingdom of Jerusalem" is pretty much May to September. There is an interesting spike in January, but that sample is probably too small to draw any conclusions.

Posted by Bloggerator at 1:34 PM 4 comments:

A Full Crew Aboard 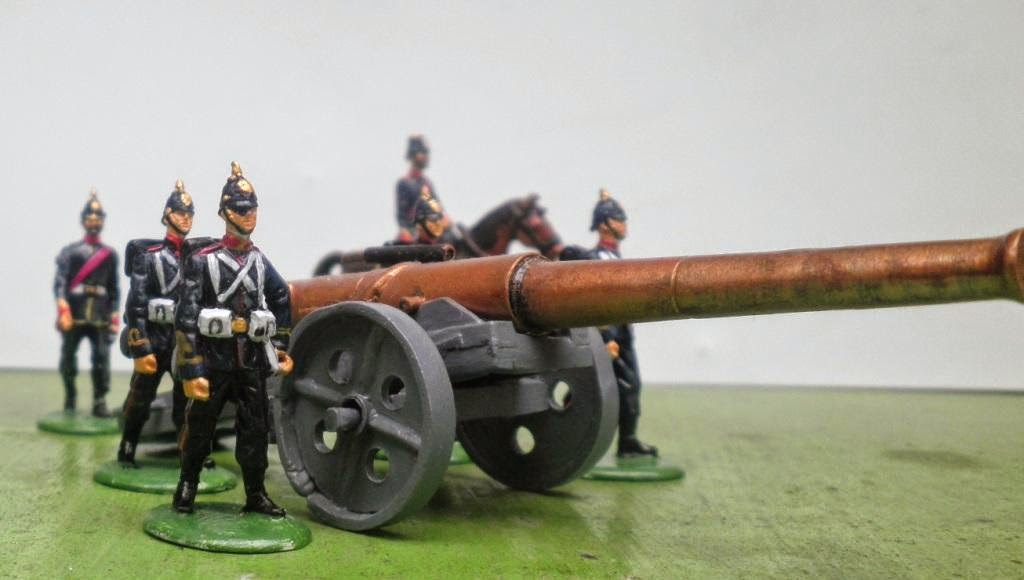 Last week I got my gunners back from Gerry. He very kindly sculpted left arms onto my infantry figures to allow me to call then gunners. I think you will agree he's done a fine job of matching Mr Stadden's sculpting style. 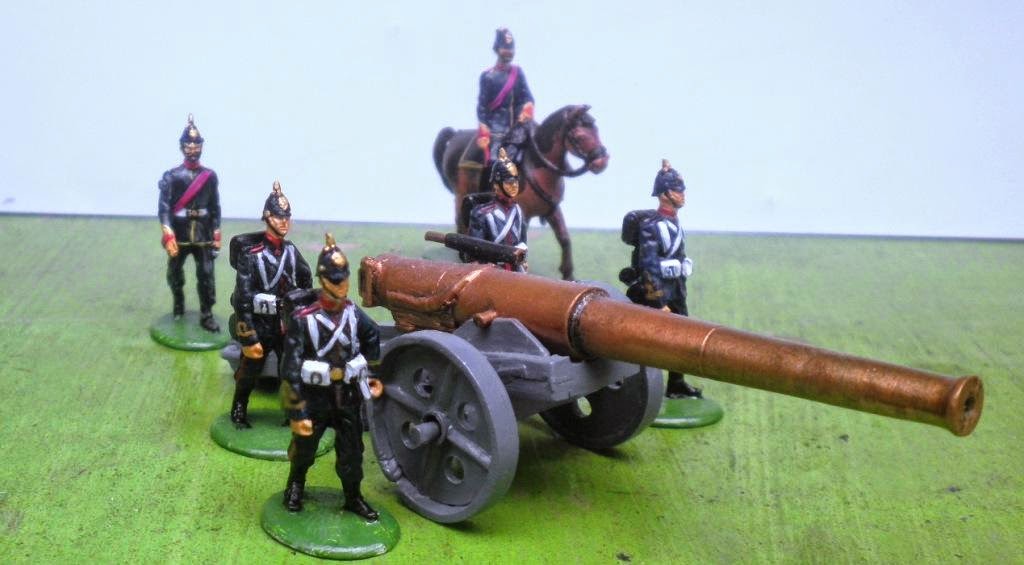 So, I have raced ahead and painted a few up, just enough to crew the first of my pair of 4.7" guns. 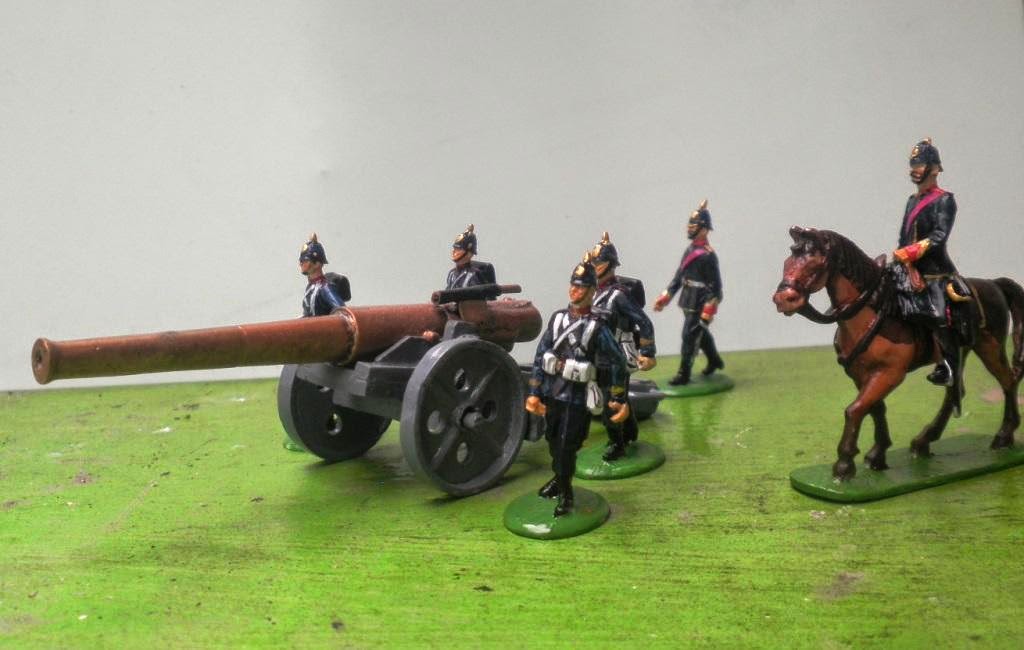 Another crew is in preparation as I write this, so expect more pictures next week of the full battery.

I am happy to say this project feels as though it's got just the right amount of momentum. I think that the next job will be either to finish off the 11th Hussars or to paint a Fife and Drum Pontoon Wagon. Lets' see which the postman brings first.

Happy painting!
Posted by Bloggerator at 9:08 AM 6 comments:

The Varied Lives of Some Bengal Lancers 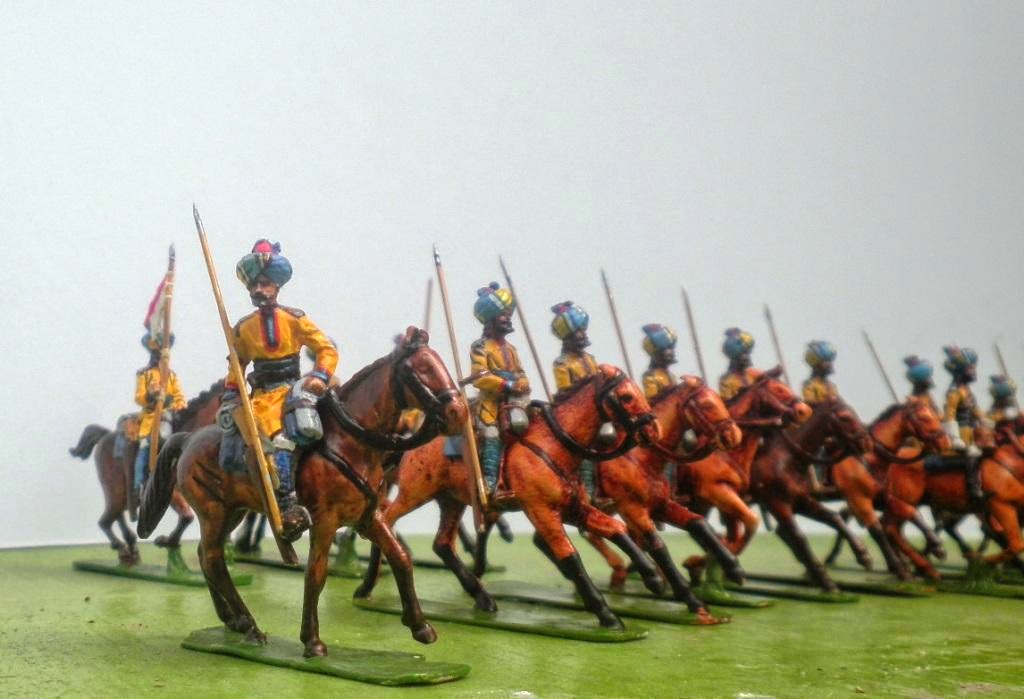 Now something like complete for my "Littler Britons" project are my Bengal Lancers. These have had a somewhat chequered painting history in the two and a half years' since I originally bought them from Spencer Smiths'

I spent ages looking at various uniforms. If you poke around in the archives here, you'll see what I mean.

What wound up happening was I found myself with three meticulously painted types following the model of the lovely old Airfix 54mm kit. Then, one day I found I needed a dozen British Empire cavalry tout suite for a convention game. 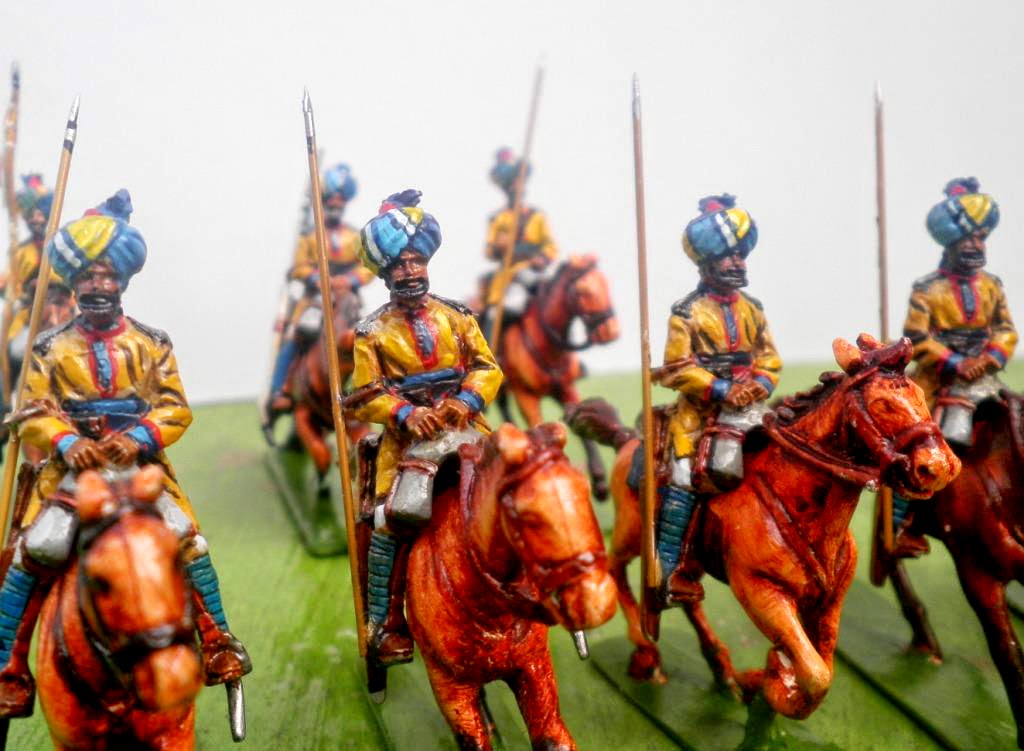 Boom. I slapped a hasty coat of khaki on a dozen castings. Eurgh. But it got me through. I have slowlty been paying for that ever since and finally they have more or less arrived. The horses still need work. They were an early try of the wipe-it-off painting horses with oils technique and would benefir from a little detail painting - a few socks and stars as well as a bit of brass on the tack.

I do have a few more castings - enough to bring the regiment up to 18 figures, so that ought to be more than adequate.
Posted by Bloggerator at 6:01 PM 5 comments: 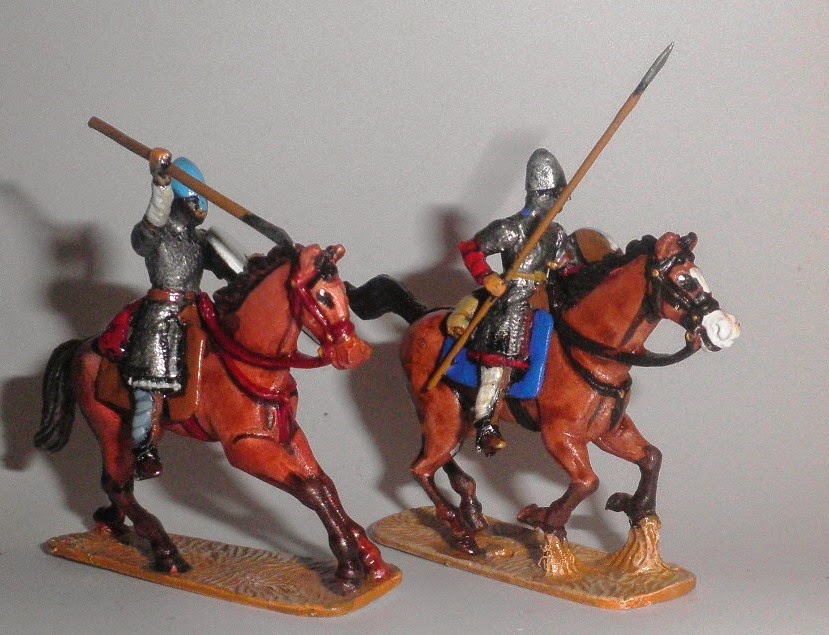 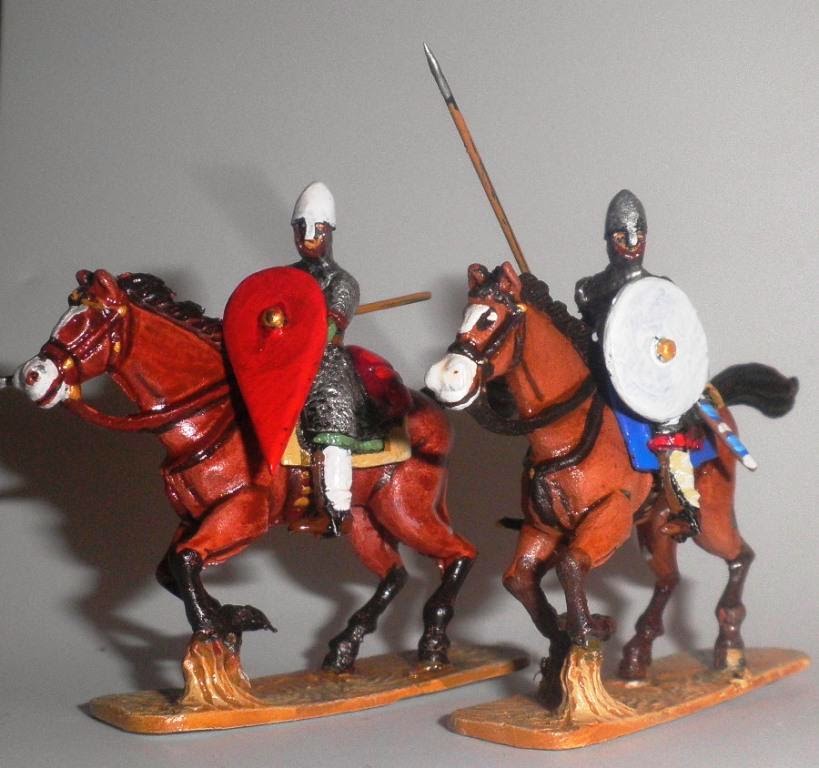 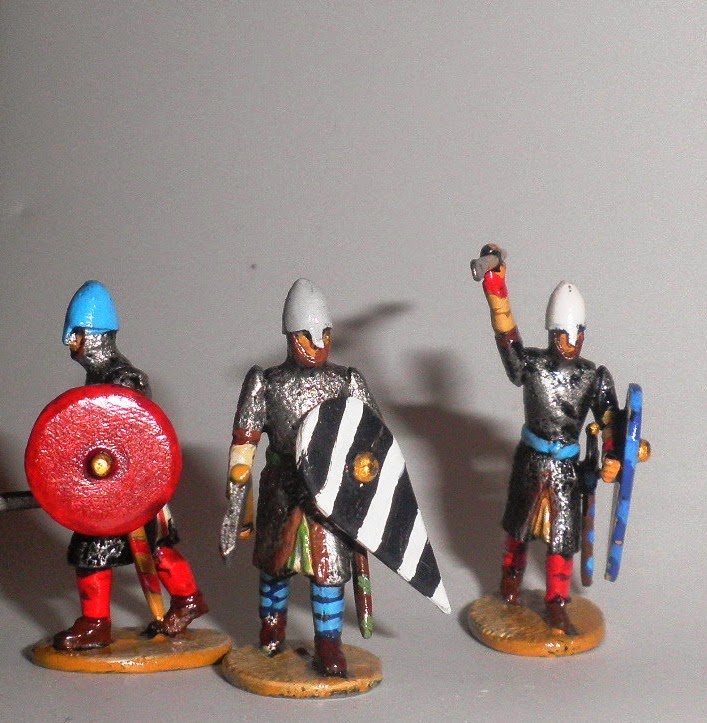