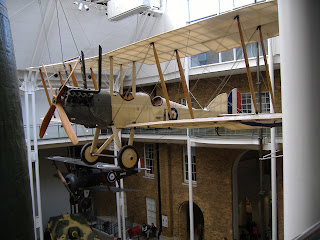 I'll put up some photos in the next few days as I get them sorted out.
Posted by Bloggerator at 9:37 AM

Welcome back, Greg. I very much enjoyed your posts while on your trip and look forward to seeing more photos now that you're home.

Also, of course, to see some more photos of your troops.

You've been missing our "Proxy Battles". There is a good write up of the first one here (about the third post down -- Battle of Offenbach):

The run-up was lots of fun. Currently we are getting ready to run the Battle of Tippelbruder . . . where Stagonia is most vilely intending to burn down the town because of some objections that Koenig Maurice has with the David-the-tailor (uniform templates).

Numerous Imagi-Nations sent small contingents and now half a dozen countries are trying to organize against the evil column.

Arthur (of Frankzonia) will play out the game and let us know how it turns out.

Perhaps Alzheim will get involved in the next fight.

You know, one possibility on the "rather read a book" is simply that the books usually include a story surrounding the subject, which draws you into it and gives you context and something to hold onto. Museums can be done this way, but many aren't, and the artifacts are simply isolated glimpses without the context and story to draw you in.

Lifeless collections of artifacts are sterile and lacking in the one essential ingredient that will bring it all 'alive'!

Which is probably why large re-enactment events get better press overall than the dusty, sterile museum.

In answer to your OSW query, I've answered it there; but just to repeat, get a copy of issue #8 of "Historical Miniature Gamer" magazine.

There's an article by Steve Winter that is dead on target for helping you solve that problem.

Glad you and Amy enjoyed yourselves. It was fun following your travels via the other blog you set up. Good to see you back here too.

Greg,
totally off-topic reg. this post, but a question is piercing me: are you the very same Greg thatalmost promised us, in message#3015 on SOCDAISY (Fri May 28, 2004), to open a 'modest' website devoted to the nhalt-Bootcamp v. Saxe-Weinbar campaign? And what about Soubre-Whelm?

I am no longer a member of that group, but places such as Anhalt-Bootcamp and Soubre-Whelm are the lineal ancestors of the Duchy of Alzheim.

Thank for the reply, Greg;

Did you design 'original' (i.e. fictitious) uniforms then?
Could you share with us?

Not at all Jean-Louis,

The closest I have ever come to designing fictitious uniforms was when once I toyed with the idea of two fictitious states, one with pastel coloured uniforms and standards bearing foliate designs and cornucopae and mottoes such as "Peace Makes Plenty", "In Vino Veritas", "Make Love Not War" and so on.

The other state would be grimly dark in uniform colour, standards bearing Roman numerals rather than insignia and mottoes such as "Blood and Iron".

I was playing about in my head with the idea of having these armies meet on a field literally for the pleasure of their aristocratic owners that was laid out like a sport-ground complete with a neat field of turf, laid out with white tape. This would be in the fore-court of a large Louvre-like palace.

I has been fun reading your comments on the travel web. Shame you didnt get more from the stones in the ground, perhaps you might try trevelling less and seeing more next time, I mean that in the nicest possible way. I live not far from the Reindeer in the Cairngorms. there is so much more to see, you missed Fort George, an intact Vaubanesque fortification from 1756 - it still houses soldiers. Come back again and I'd be happy to show you around Culloden too! We could play toy soldiers as well!

Hello Matt, I did at least get to Fort George - but time being limited didn't post on it at the time. Be assured that I took LOTS of photographs. It was terriffic to go there; I felt as though I really increased my understanding of how such a place "worked" if you take my meaning.

I agree with you 100% on travelling less and seeing more. And I wish I'd known you were about, I'd have loved a game!