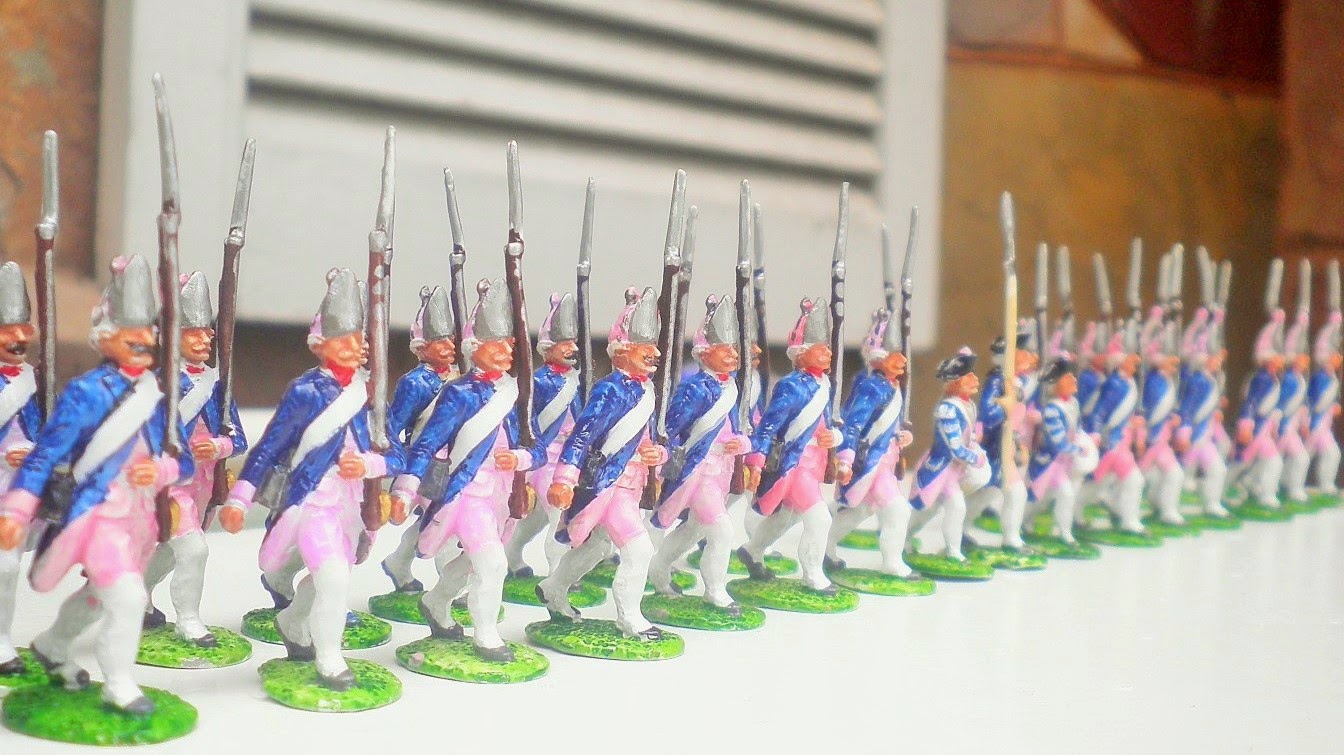 Well, it would seem to be a case of another week, another regiment. In this case it's they Kreytzen Fusiliers. Still waiting on flags, so the standard-bearers are not in the shot. 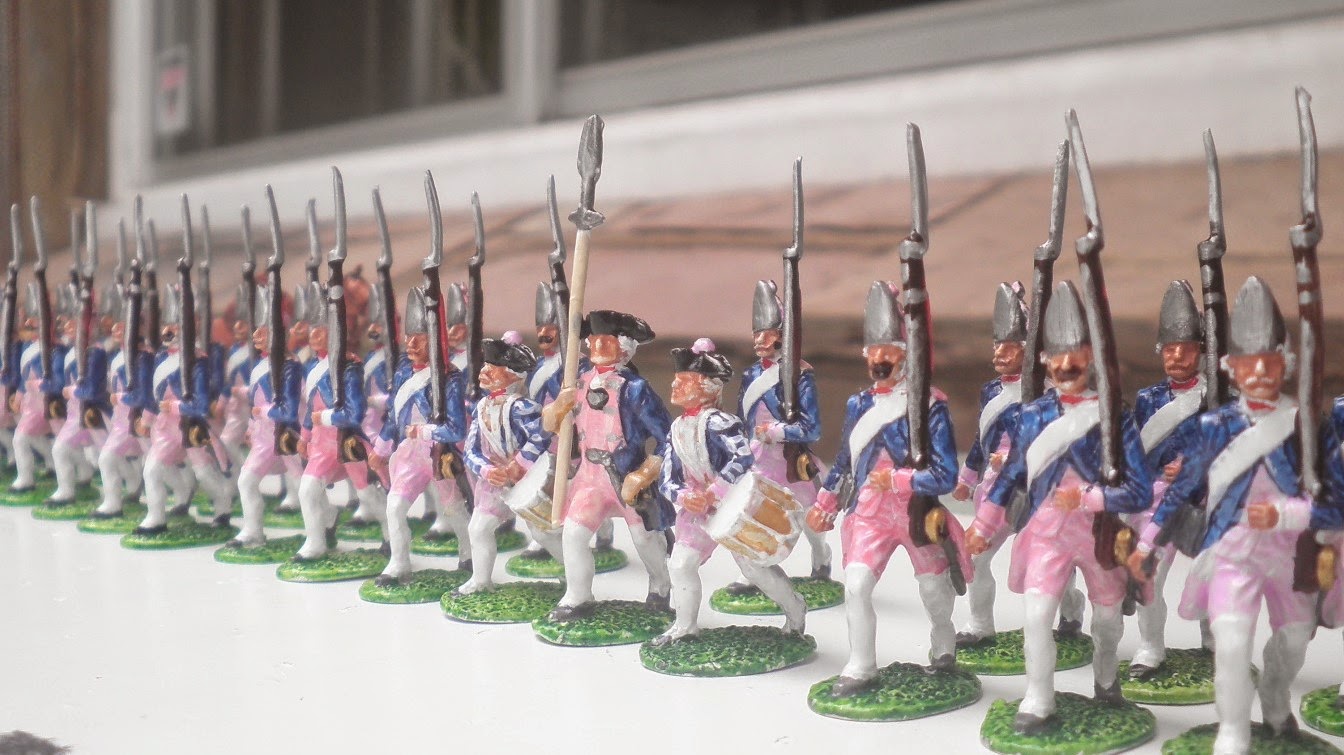 I'm told this was a fairly undistinguished regiment, although did see it's fair share of action in the Seven Years War. Yes, I did paint them for the fairly unique pink small-clothes. The white gaiters are a piece of semi-artistic license as I felt that black would suck a lot of the life out of the pink.

That might do me for the immediate future as I seem now to have enough Prussian infantry to be getting on with. I've also painted my way out from under my pile of RSM Prussian infantry, as well. I'll be moving onto renovating and fleshing out three or four regiments of cavalry that I have knocking about here and the it'll be time to get on with some games.

Although, as Chris said in a recent comment, I might do a few bits and bobs just for the fun of it. I have a couple of dozen von Kleist grenzers that need basing up and then too I'd love a couple of Jaeger detachments to round things out. Oops, then there are some limbers that need painting as well.

Plenty to do.
Posted by Bloggerator at 4:54 PM

They look very fine. I think you made the right decision with the white gaiters.

Well the pink is heartwarming but I think the black gaiters would have really brought it all up a notch.
(for research purposes only check out a lingerie shop and look at the effect of pink and black).

Thank-you gentlemen for the kind comments as ever.

Ross, yes, but it would not quite have been in keeping with the rococco effect I was aiming for.

I think that Fritz had a good opinion of IR40, according to Duffy in "The Army of Frederick the Great."

It would be fun to build an army of the "Maxen" regiments, though.